As Kant emphasizes in the preface to the Critique of Pure Reason, one of the chief goals of his critical project is to reach a “decision about the possibility or impossibility of a metaphysics in general.” (A xii). Although Kant’s critical attitude towards traditional metaphysics is widely acknowledged, it is much less clear what the main tenets of his own theory of metaphysics are. Our workshop aims to reopen this debate through a discussion of Karin de Boer’s newly published book Kant’s Reform of Metaphysics. The Critique of Pure Reason Reconsidered (Cambridge University Press, 2020).

The program includes six talks and commentaries, starting with an introductory presentation by Karin de Boer. Through the presentations and discussions, this workshop hopes to shed light on the following questions: What are the distinctive features in Kant’s critical account of metaphysics? How does Kant’s metaphysics relate to early modern approaches? Is it possible to talk about a “Kantian” metaphysics, i.e. is metaphysics after the Critique possible and, if so, in which sense? 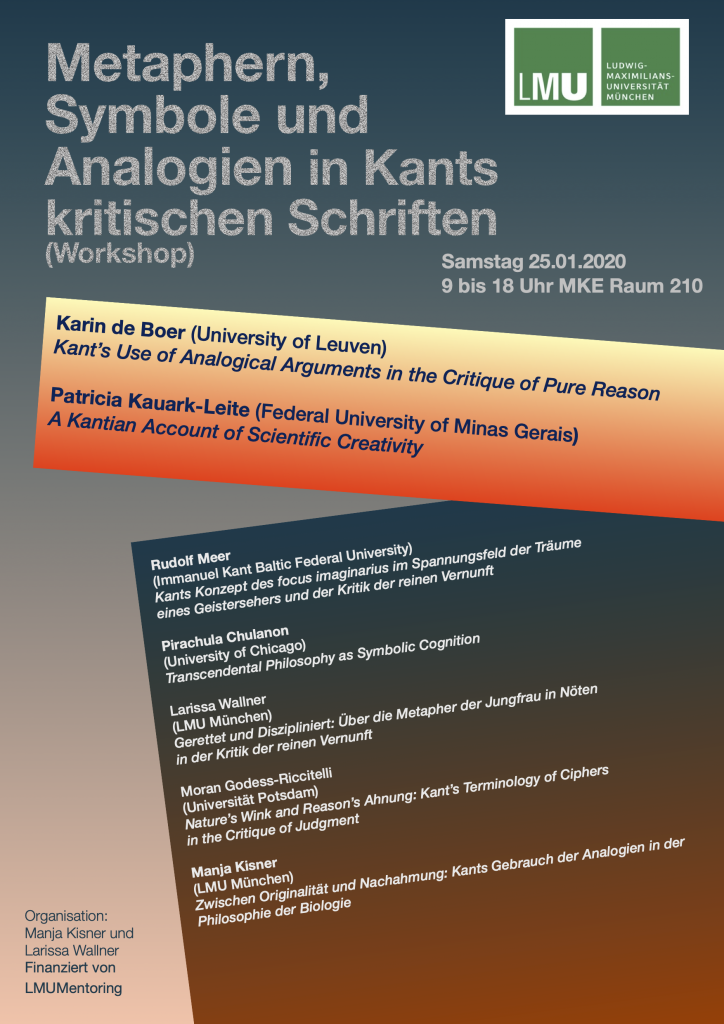 International Conference: The Concept of Drive in Classical German Philosophy 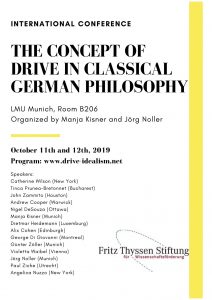 The concept of drive plays a crucial role in Classical German Philosophy for the foundation of theoretical as well as practical philosophy. Moreover, the concept of drive becomes essential in this period not only for philosophy, but also for other areas such as biology, anthropology, and psychology. As such, this concept facilitates new ways to describe nature and to define humans not only as merely natural, but also as cultural and moral beings that possess freedom. In this way, the idealist concept of drive brings together various philosophical traditions such as empiricism, rationalism, and the Enlightenment. The focus of the conference is thus both historical and systematic. Its aim is to portray, reconstruct and discuss the development of the concept of drive in Classical German Philosophy.

International Conference: The Concept of Will in Classical German Philosophy